It’s been a pretty decent week. What have I been up to? What do I plan on doing over the weekend?

I’ve just started getting back into Ace Attorney: Justice for All. It’s good so far, though I miss the soundtrack of the first game. Just started Chapter 2 and looking forward to playing more of it.

I tried a bit of Shenmue. I enjoy the world immersion it gives me. Just spending half an hour going through drawers in my own house…that level of detail is unprecedented. I haven’t even left my house yet, which I plan on doing soon. The only downside is that the graphics and audio are dated, and the controls just feel weird compared to modern game controls.

I’m planning on playing more Yakuza 0. One of these days I’ll eventually finish it, then I can move on to Yakuza Kiwami or Yakuza 6 (or finish 5 even?). I love this series and it’s always on my top games to play.

I’d love to try to get into Monster Hunter World, but Monster Hunter Generations is coming out for the Switch next week. Having a portable MH game, especially one with better graphics than the 3DS version, and more features is definitely something I’m looking forward to.

Listened to some soundtracks this week, mostly Final Fantasy and Nier Automata. Which reminds me how much I need to continue Nier Automata…it’s such a good game and one definitely worthy of attention, if only my time wasn’t taken with Yakuza 0.

Finishing up on the MG Jesta (Gundam) model kit. I have to finish up the backpack, the weapons, and the decals. I won’t be painting it or adding finish to it, for now at least. I’m trying to wrap it up so I can work on a new Voltron LEGO set I picked up. Over 2300 pieces…this is going to be a massive project! 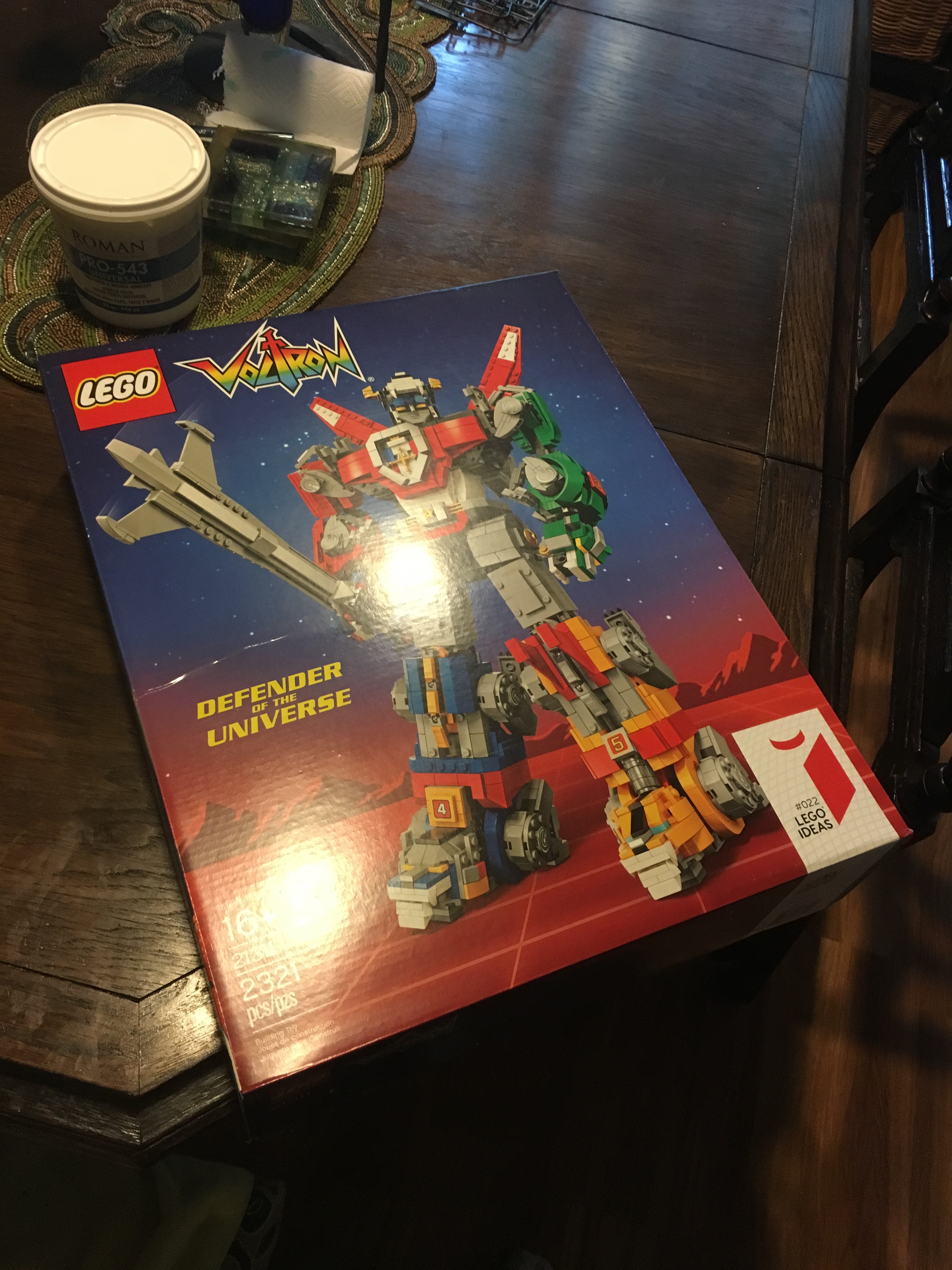 I did some livestreaming last week and it ended up being pretty successful. Some of my family members watched me play Euro Truck 2 and I got to talk to a person about the German PZB train system during a Train Sim World session. I might do some more streaming again this Saturday, if I’m up for it.

I’m currently torn on Euro Truck Simulator 2 though. On one hand, if I want to play using a more detailed and expanded map using Promods, I have to downgrade to 1.31 and miss out on the new trailer ownership features, but I get the ability to travel through an updated UK, visit more cities in Spain, and I can travel all the way to Greece and Cyprus. On the other hand, sticking to vanilla I get an updated Germany, in-game events/external contracts, and trailer ownership.

I don’t have that problem with American Truck Simulator, fortunately. In fact, the next year looks bright for the sim. Oregon will be coming up soon, which goes into familiar territory for me…and rumor has it based off extraction of the in-game map files…Washington will be coming out next along with Utah and even parts of Texas. This is really good news!

In my flight sims, I’ve done a couple flights. One flight was in a PA-24 Comanche from Cologne to Trier, which the scenery over the Rhine and Moselle Rivers was jaw-dropping. I used a new GNS750 addon for the flight, which by far beats the default GPS system, and is compatible with all of my addon planes.

The other flight was from Juneau, AK to Seattle, WA in a 737-900. I ran into some minor issues, mainly graphics related due to the date being set wrong (which made the weather to be incorrectly displayed), and there was an issue with the gates not showing up at Seatac, which was an issue with SODE that I was able to fix after the flight.

One thing bothering me is the AI traffic and the ATC. When I tried to land at Seatac, there was already aircraft lining up on the runway. Since the default ATC doesn’t have SID/STAR support, I’m basically vectoring myself to the runway. Without ATC coordination I have to manually disable AI traffic in order to land without crashing into the AI.

The other issue with AI traffic is that the addon I’m using is utilizing old liveries for many airliners (such as Lufthansa and Alaska), travelling at KSEA and seeing a mix of new and old liveries is visually grating. Also if I add too much aircraft, it clogs up the gates, making it very difficult for me to find a place to “park” the plane. The floating red text is annoying too, but I can turn that off. 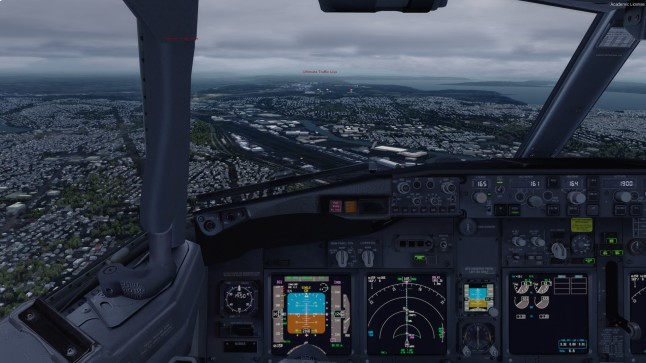 Seattle + Seattle Airports for X-Plane 11 came out. I’ve been waiting months for this, and…I’m not going to get it…for now at least. It feels like I’ve invested so much into P3D addons at this point that X-Plane 11 just feels average at best. Everything from the weather, the scenery, the shaders, even the aforementioned AI traffic simply works with P3D. The only thing I’m lacking is professional quality international airports, which I’m picking up slowly throughout the weeks.

Not sure where my next flight will be. I’m thinking of picking between San Francisco, San Diego, and Palm Springs. I haven’t decided yet on any GA routes either, though I’d like to perhaps tour the West Coast, or do an East Coast to West Coast flight. I can also do some FSEconomy flights and visit some random airports.

Got plenty to do this weekend. Looking forward to my next update :).