It’s nice to be back into a good hobby. I’ve felt jaded the past few months due to sheer boredom. While I do love to work on my model kits, that’s not the only thing I like to do.

Games is something else…a way to pass time. Yet it just doesn’t always do it for me. Sometimes I just want to enjoy something without a story or grinding mechanics holding me back.

That’s perhaps why I’m so drawn to sims. Euro/American Truck Sim, Train Sim, and Flight Sim. It’s a way to enjoy different aspects of life without the expenses and costs of the actual professions.

With Flight Simulator X, I’ve been doing flights with a very detailed Piper Cherokee model. I did some comparisons between that aircraft and the Cessna 172, and despite a more user-friendly avionics system in the Cessna, I just kinda prefer how the Piper looks and feels. In fact, after practice, it’s hard to adjust back to a Cessna given the familiarity I’ve gained from the Piper. 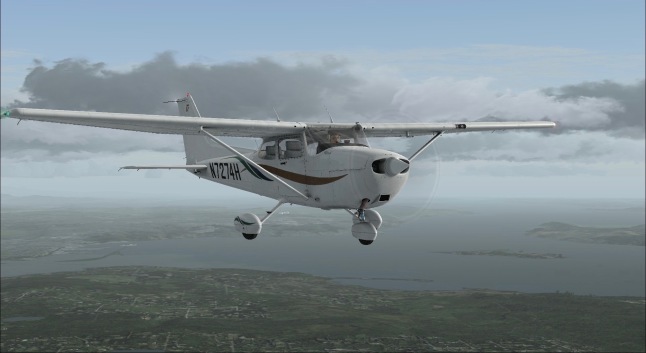 There’s differences in sounds, how you turn it on, how you control the plane, how you land the plane. As a beginner, it’s not as simple as jumping from car to car in a normal video game…it can be quite daunting to figure out some of this stuff, let alone move on to a 737.

With that said, there are some issues I have with Flight Simulator X. The sim is 10 years old and no longer supported. The game is still in 32 bit and does not take advantage of newer technologies. So my fast system will not improve frame rates or load times due to the design of the sim.

The next issue is that addons are a must. FSX out-of-the-box looks very bland, especially compared to newer games like X-Plane 10. Addons such as Orbx FSX Global and region packs, Rex skies, and Active Next weather generator are necessary to improve the general look and feel of the game. Then with those addons…expect to wait 5-10 minutes of load time before you even jump into a plane.

Planes are also necessary. FSX has a good selection, but the textures look flat on many of the aircraft, and flying the default aircraft feels a bit…easy? Basically, I can hop into a Cessna 172, take off, fly over the Cascades and land without ever having to worry about leaning the mixture or fouling the spark plugs. I can take off and land a 737 without ever touching the auto pilot…IFR be damned.

Buying new aircraft, such as the fantastic selection from A2A for GA Aircraft (General Aviation) is necessary if you want the real experience of pre-flight inspections, realistic engine dynamics, and flight physics…except it comes at a price of $50 an aircraft. It’s worth the cost though, and just spending half an hour of pre-flight stuff before even taking off adds to the feel and realism. I feel like I can legit take off and land a trainer Cessna or a Piper.

Then there’s the actual hardware…forget about running it using a keyboard and mouse. The HOTAS that I bought for Elite works great for FSX…but even now I think about upgrading to a more mid-range Saitek X52 for the extra buttons, precision, and aesthetics. Then there’s TrackIR which I recently bought, it enhances sims by replicating head movement, so you don’t have to fiddle with the mouse or the joystick hat switch just to look left/right.

It’s an expensive hobby that I’ve been jumping in and out for years. Only now I’m finally able to afford getting back into it.

Yet when all is said and done, the game looks gorgeous. Flying VFR in an expensive aircraft and keeping aware of airspaces using real-world sectional charts and vectors is something I would never have the time or money to do in the real world.

The additional benefit (at least compared to Truck or Train sims) is that I have the entire world within reach that’s accurately represented. I don’t have to buy a $40 addon to ride back and fourth in a 10 mile stretch in Train Sim…or play through a condensed California in Truck Sim while waiting months for a possible Pacific Northwest DLC. Even though Flight Sim addons are expensive, they mostly enhance an already complete game…not simply add bits and pieces like other smaller scale games do.

I do have to draw comparisons to another game, X-Plane 10. I started playing X-Plane a few days before FSX went on sale on Steam (surprising coincidence) I was excited with the demo Seattle scenery and expected more of the same with the rest of the world…except there was nothing there. No Hollywood sign in LA, no Golden Gate Bridge in San Francisco, no hotels in Las Vegas…it was barren and felt incomplete. 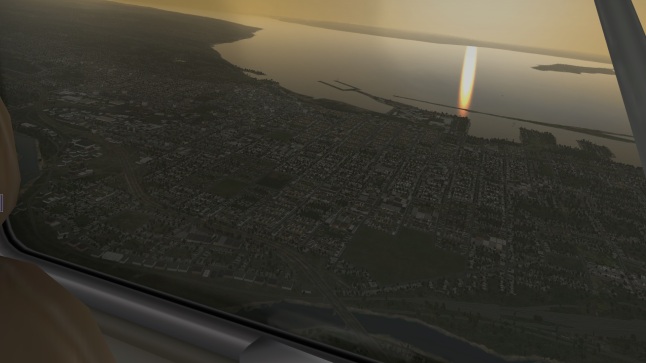 X-Plane despite its weird quirks, looks stunning out of the box!

The positive side is that there are many great addons that enhance the game greatly. There’s World2XP which adds additional autogen scenery, and HD Mesh Scenery which enhances the details of forests, lakes, towns, and mountains. On top of that, there are a lot of free airport addons coming out from talented people each week.

The game plays great and the load times are minimal given the 64 bit modern architecture. With addons the scenery looks very, very much like the real thing, especially flying at night when the roads and ground vehicles light up…it’s amazing.

With that said, even with all the addons, there is still a lot missing. ATC and air traffic is disappointing, and the aircraft selection despite feeling much more realistic compared to FSX, is quite lacking in aircraft that I personally like (what I’d do for a good Piper Cherokee). It’s not a bad game per say, and out of the box it looks fantastic despite the missing landmarks. It’s just not quite there compared to FSX.

So that’s what I’ve been up to the last week. Tomorrow I’ll be out with family going through the same area I flew over today. Here’s some screens I took using real world weather and aircraft realism in FSX. I flew from Skagit Regional to Renton Municipal via Whidbey Island down to Bremerton and back up from Tacoma. 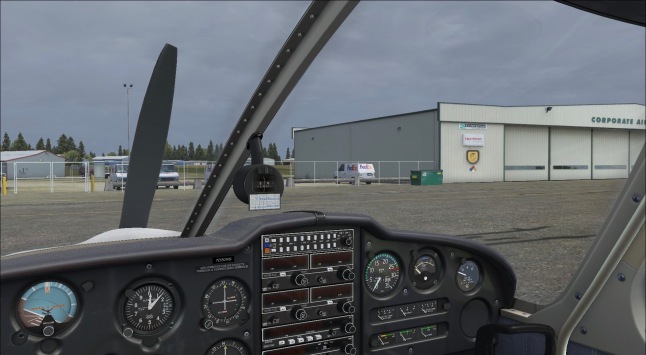