So last week, I picked up the FSLabs A320 and London Heathrow scenery for Prepar3D. To my horror, the frame rate averaged about 15FPS. I spent an entire evening trying to improve this, but could barely increase frames to 25FPS by disabling practically all the autogen scenery. In other airports, I can top 30-50FPS. It’s just London that’s bad.

To make matters worse, throughout yesterday’s flight to Frankfurt, the scenery textures took a nosedive somewhere over Germany and ended up a blurry mess, also messing up my destination airport with trees popping out of the runways and taxiways. There’s some fixes online that I’ll have to investigate…one of which is limiting the FPS to 30FPS, which allows my video card to prioritize scenery loading over frame rate, and a reinstall of Frankfurt airport addon. Still, for now I’m putting Prepar3D on hold.

I had similar issues with X-Plane 11 last week that I believe are now resolved. I had missing tiles and my approach to Venice ended up with a missing runway. I disabled the ortho scenery, overlays, and prefab scenery. I didn’t run into any problems during this flight. I’d like to try the same flight again in Prepar3D but I’m not keen on spending 2 hours on a flight to find out it’s blurry and unflyable by the time I hit London.

I can’t tell at this point which simulator I prefer. Each has its flaws. I do like the fact that I can render orthos with X-Plane 11, but at a cost of HDD space, tile issues, and clouds over the satellite scenery (sometimes engulfing entire towns)…it’s not worth it. I’m sticking to just HDMesh v4 for now.

The GA aircraft selection for X-Plane 11 is fantastic, as well as the local scenery…I can literally follow the roads to my house. It’s missing a lot of VFR landmarks, which is somewhat fixable, except I’m running into some issues in parts of London that aren’t rendering due to lack of OSM data. That said, if I want to follow I-5 from Bellingham to Seattle, it’s much easier to view the highway than trying to identify the flat textures of P3D.

Unfortunately, there’s no study-level 747 or 777 aircraft available for XP11 so far, except for some subquality aircraft. The main draw is the shorter haul 737 and A320.

For Prepar3D, I like the wide variety of aircraft (specifically study level long-haul airliners), study-level GA aircraft, weather generation, ATC interactions, AI traffic, and Orbx regional sceneries for P3D, but at the expense of frame rates, blurry textures, airport issues, and other problems I ran into. 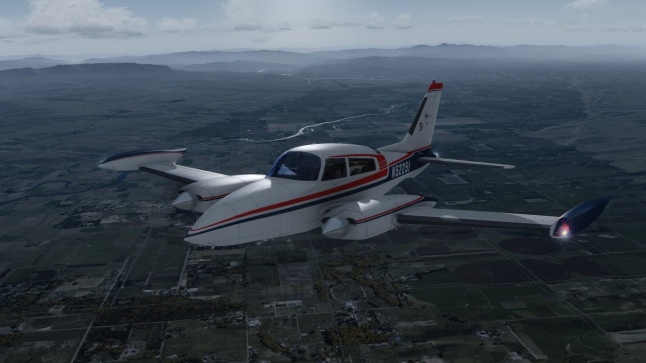 I don’t think I can ever make a firm decision on which simulator I prefer. It’s one of those things that I’m never going to be satisfied with. With that said it’s still nice to have options available to me. If I lived in a perfect world there would just be one simulator for everything that includes both advantages of P3D and XP11, but that simulator doesn’t exist.

It’s an expensive hobby too, but gosh do I enjoy it.