Blame it on ADHD…or just blame it on having an infinite access to a broad range of entertainment (Netflix, Crunchyroll, Hulu, games)…First World problems can be a frustration at times. For years I’ve struggled with too many unfinished art projects, games, or forms of entertainment. I envy those who can sit through an entire 60 hour game or binge watch a 13 episode season of a TV series.

What would happen before was something like this: “Ugh, Destiny is pissing me off”, I’d flip through another game in my collection…
“Final Fantasy XIII, can’t remember where I was in the story…”
“Tomb Raider, I don’t want to start a new game just yet…”
“Monster Hunter? I already forgot the controls…”

I’d get frustrated, start flipping through Kotaku or some other gaming site and spot a new shiny game: “Oh, Metal Gear Solid V comes out this week? This will solve my delimna!”…then 15 hours in, I get bored/frustrated, and the pattern repeats.

This is the same for all other forms of entertainment. I just get stuck halfway through and before I know it, I have 15 half-finished books, TV series, etc…It sucks…

So recently, I made it a goal to finish everything I start (or at least hit a significant milestone). I call it the 1-1-1 plan. One game, one passive entertainment (books, TV, movies), and one hobby at a time.

So if I get bored with one thing, I jump to another. Such a simple and novel concept. I started this plan last week with Destiny…thinking it would not last more than a day…and it actually worked? I finished the first two expansions and The Taken King. My character is now at level 40…and I’m at a significant milestone where I can put the game up and go to another

The sad thing is, it took me over one year (since the game came out) to “beat” the game…yet I did it all in just a few days. 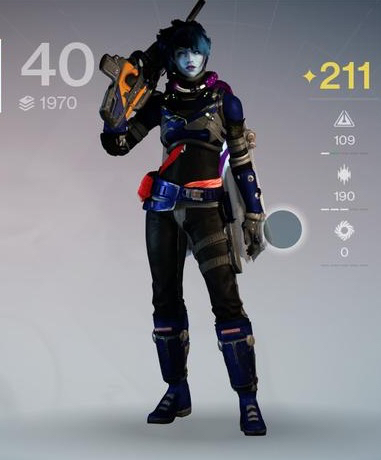 At the same time I’m watching Star Wars: The Clone Wars. I’m at the halfway mark of Season 1, and despite my moaning “Ughh I want to watch Agents of Shield…Sword Art Online II…something else…” I find myself more and more entranced in the series, finding it vastly enjoyable following the letdown of the Prequel Trilogy.

Now that I hit that milestone, I plan on playing some FFXIII…my save has been untouched since May of last year…it’s time to finish this game.