I just started watching the following series, Mobile Suit Zeta and not only am I really getting into the story surrounding the events of the fall of the Zeon Principality, I’m falling in love with the characters, and the mobile suits, especially “Quattro’s” custom Rick Dias.

Of course, being a model kit fanatic, I had to look it up and found it online. I’ve preordered a 1/100 MG Rick Dias Quatro custom model kit. I am certainly excited to receive it and post updates! 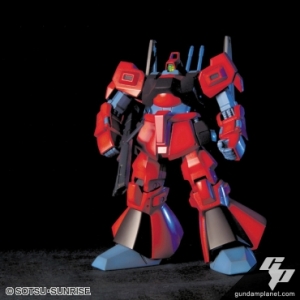 In the meantime, Char’s custom Zaku II is still in progress. It shouldn’t have taken this long, but there were various delays in the model due to some paint tests and a decal mishap. I’ve finished up the weapons yesterday and applied some of the decals. I also received a replacement slide-on water decal sheet from Japan (shipping took forever!) to replace the damaged sheet that I messed up with an exacto knife (Note to self: Use scissors on slide-on decals, not exacto-blades). I’ll post the finished result when I’m done, since I haven’t kept up with the in-progress photos.